“In the Ming Dynasty a marvellous craftsman, Wang Shuyuan by name, was capable of carving on a piece of wood, about one inch in diameter, palaces, vessels, persons, even birds, beasts, forest and stones, all following the configuration of the wood to bring out the different shapes, each having its distinctive features. He gave me a boat cut on a nutshell as a gift, depicting the scene of Su Dongpo’s (a famous Chinese poet during the Northern Song dynasty) boating at the Red Cliff (an ancient war site).” This is the beginning of “The Peach-Stone Boat”, highlighting the ingenuity of the nut carving by Wang during the Tianqi reign (1621-1627). Recently, the “Entrepreneurship and Innovation by All in Shandong” report group visited and interviewed Tian Hongbo, member of the Chinese Folk Literature and Arts Association and founder of the Nut Carving Studio of Heyitang, experiencing the “modern version of the Peach Stone Boat” up close.

Nut carving is a kind of traditional carving art popular in Weifang, Shandong Province. It has a history of more than 300 years since the end of the Qing Dynasty. It was awarded the gold medal in Panama World Expo. In 2008, it was listed in the second batch of national intangible cultural heritage. The works encapsulate all the nuances and details and demonstrate a broad outlook with only about one inch of wood.

Heyitang students are carving peach stones about one inch in diameter.

The grains of walnut are unique like fingerprints. Tian Hongbo’s nut carving works follow the shape of the peach stone, integrating the hand, brain and peach stone through the clever use of grain. He has mastered a variety of carving techniques, making his works lifelike, and the connecting chains and other structures seamless. His works epitomize the craftsmanship of pursuing excellence. 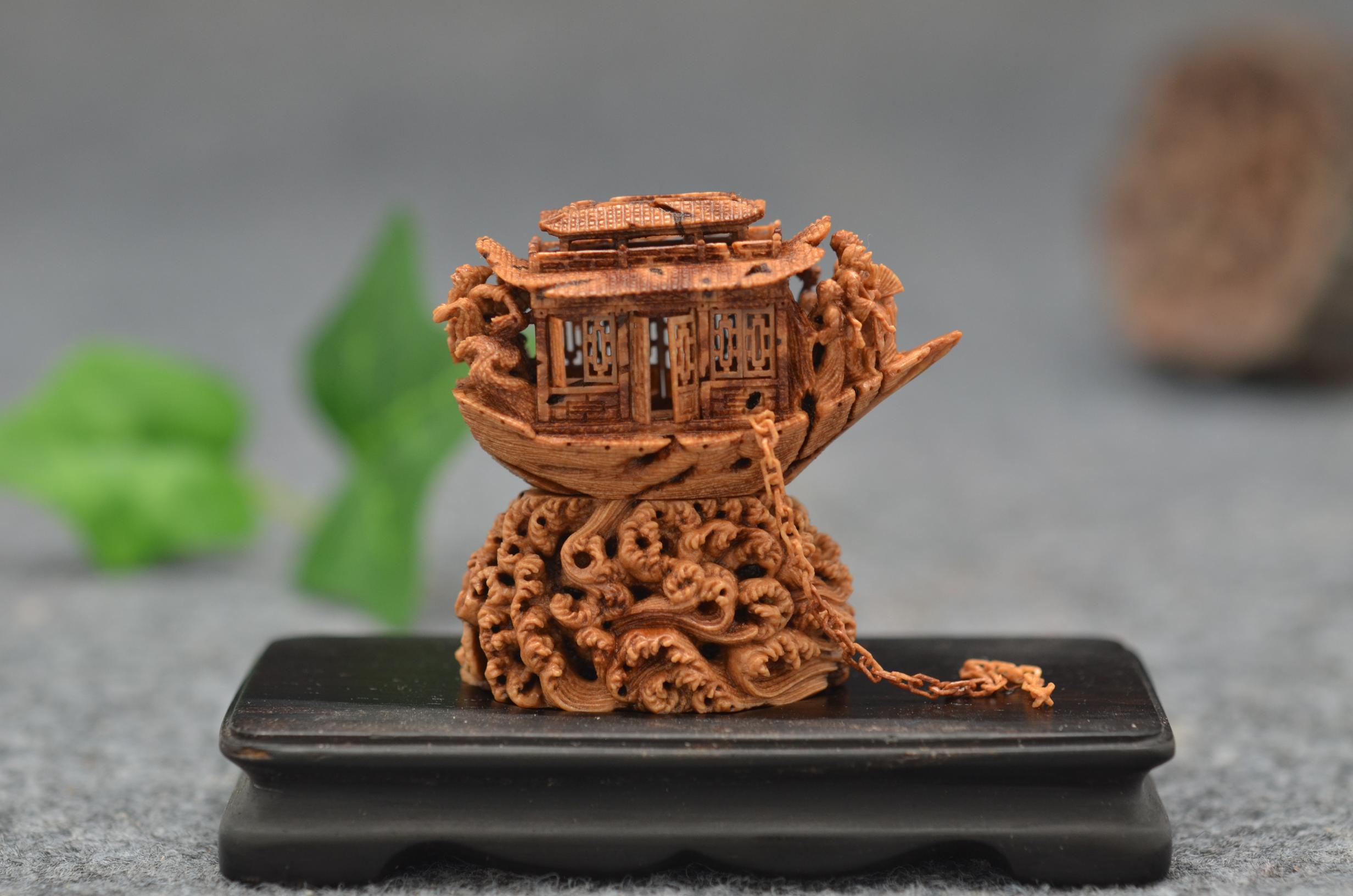 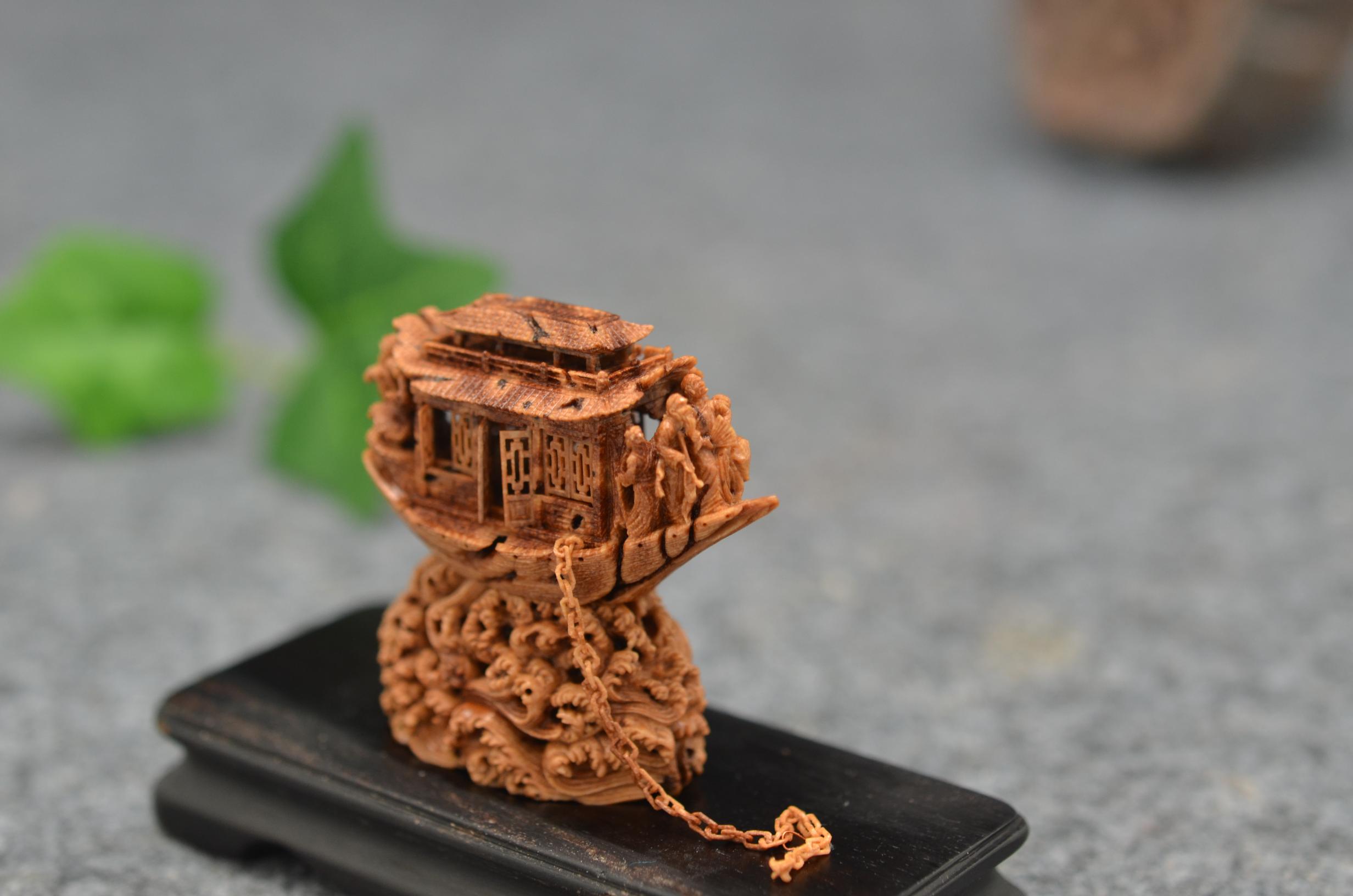 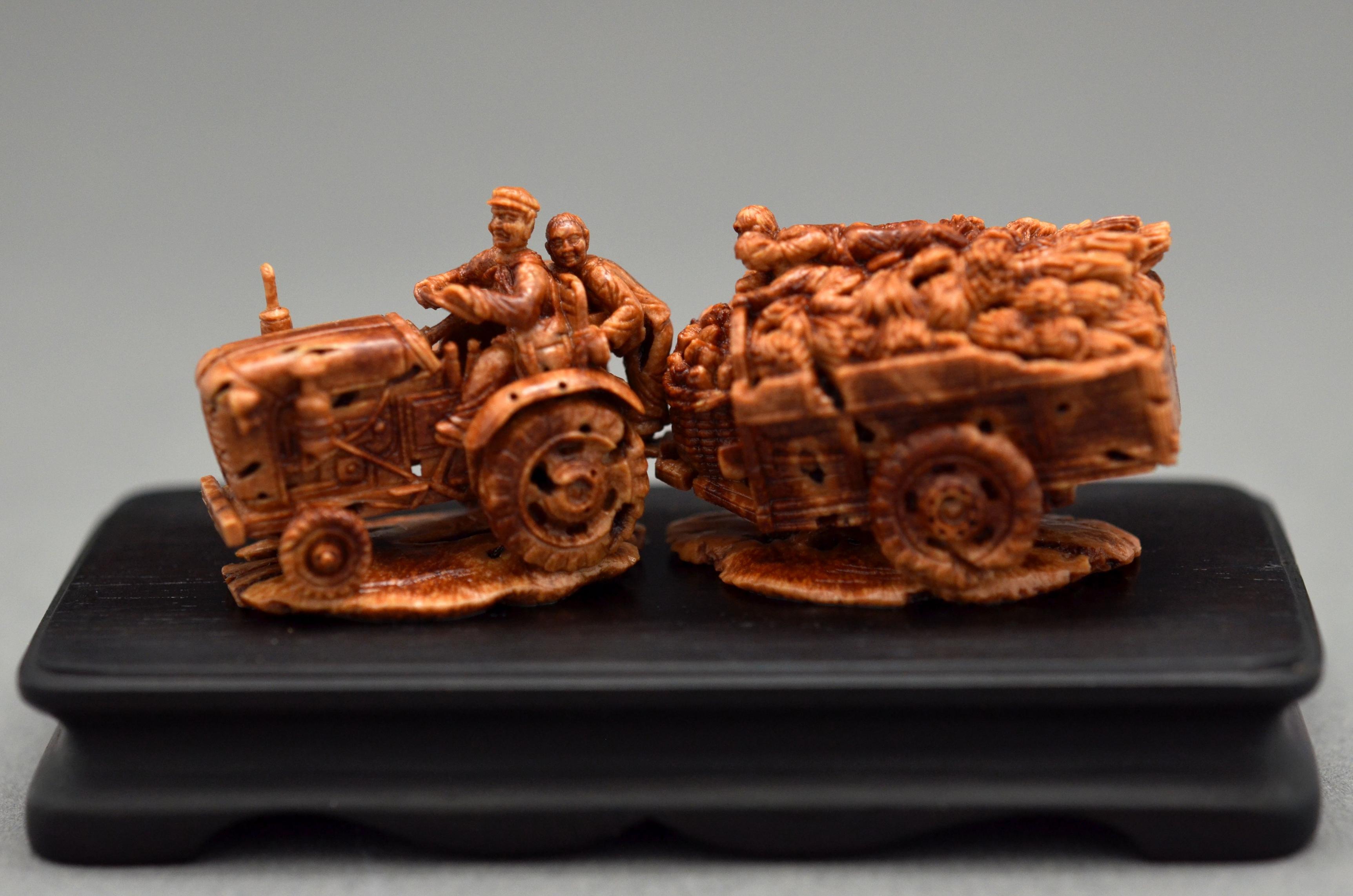 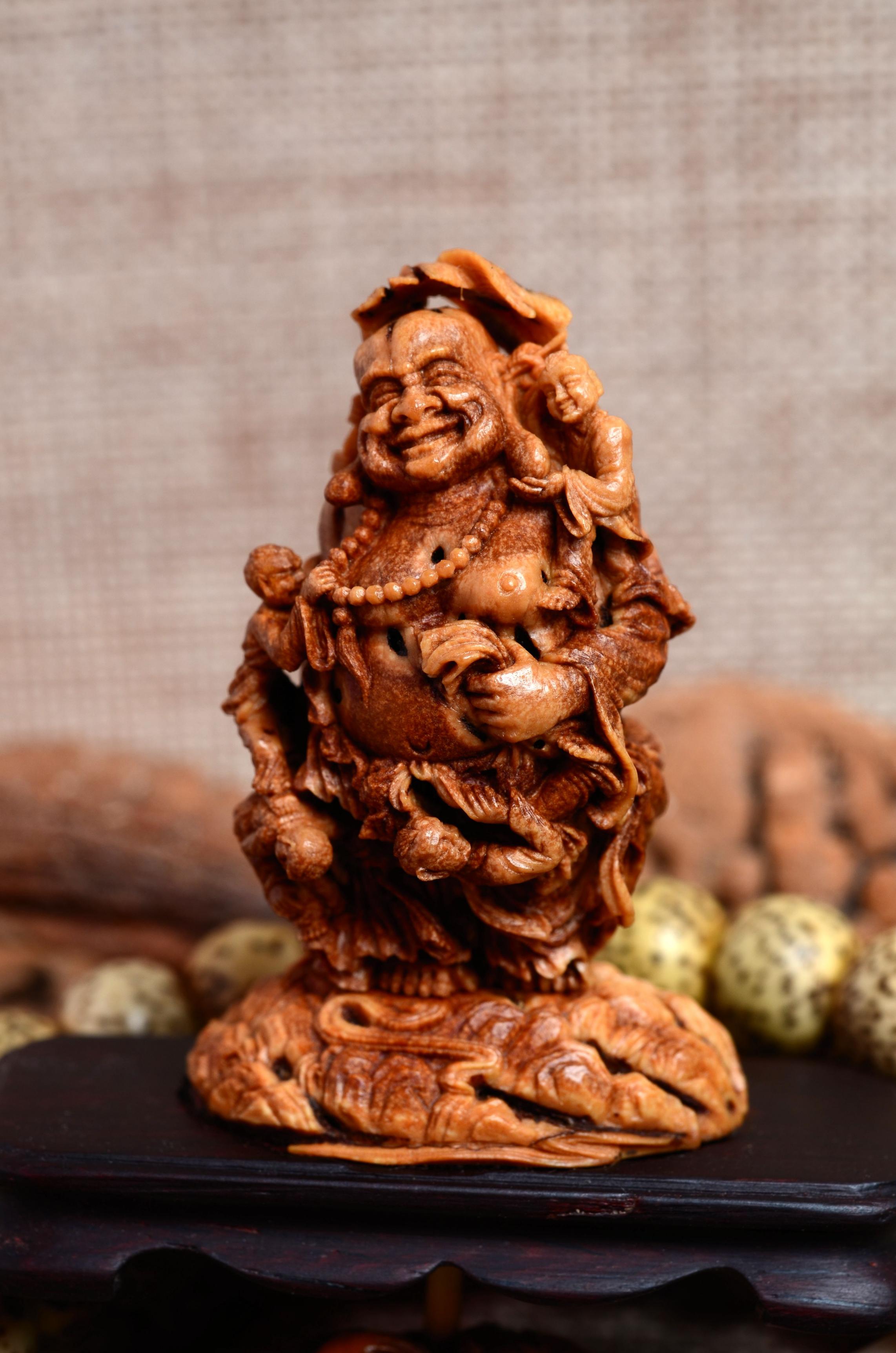 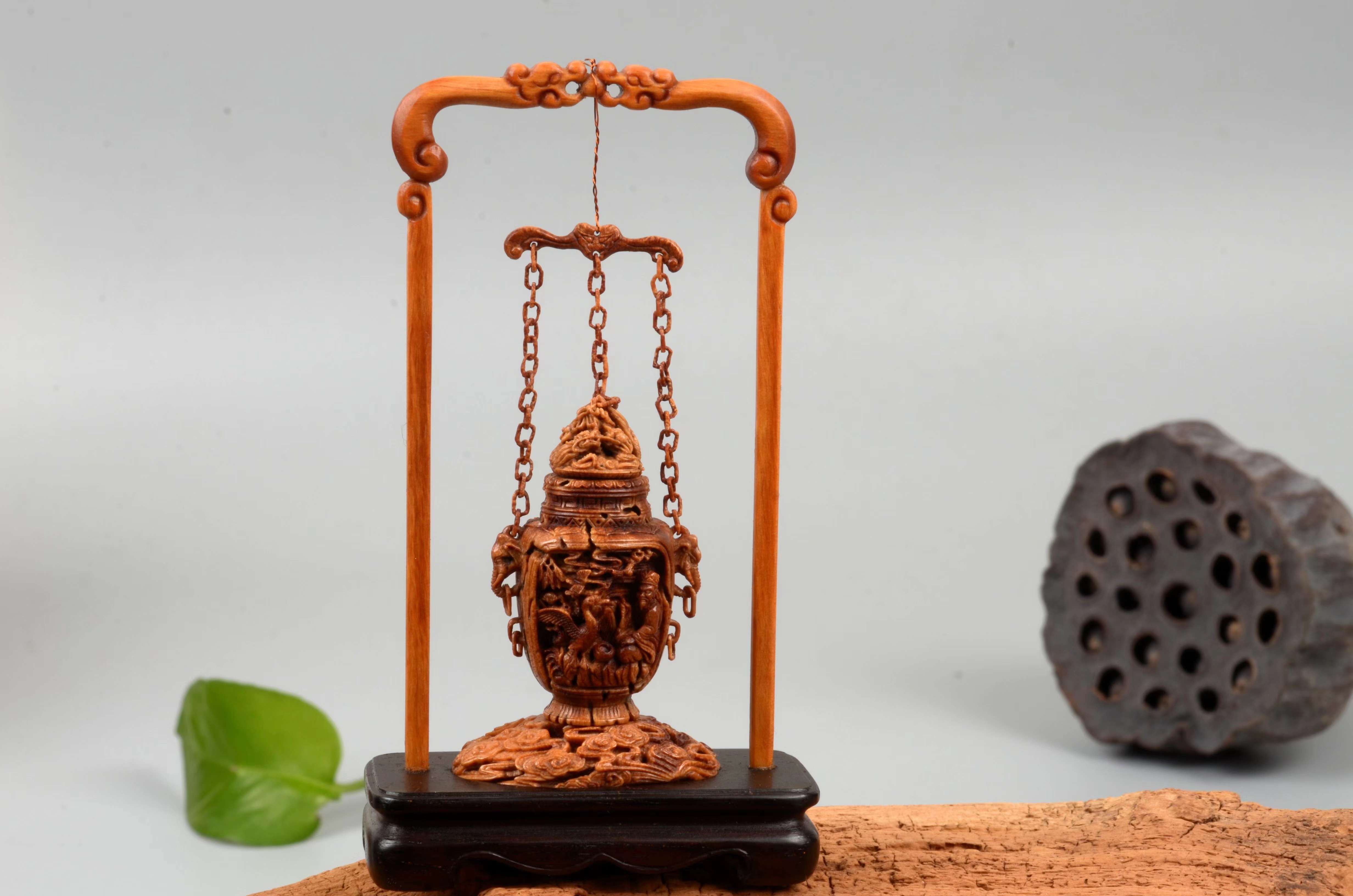 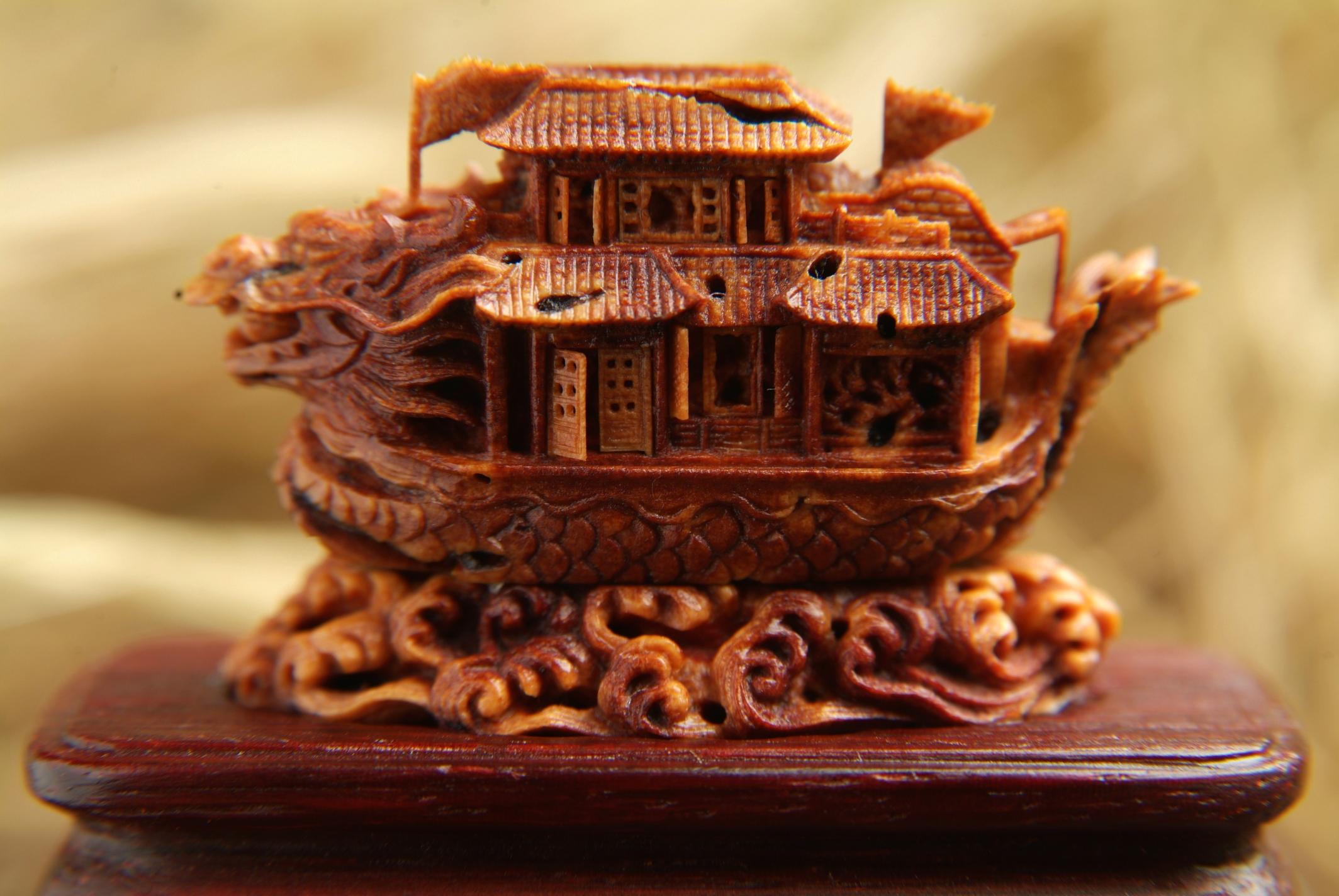 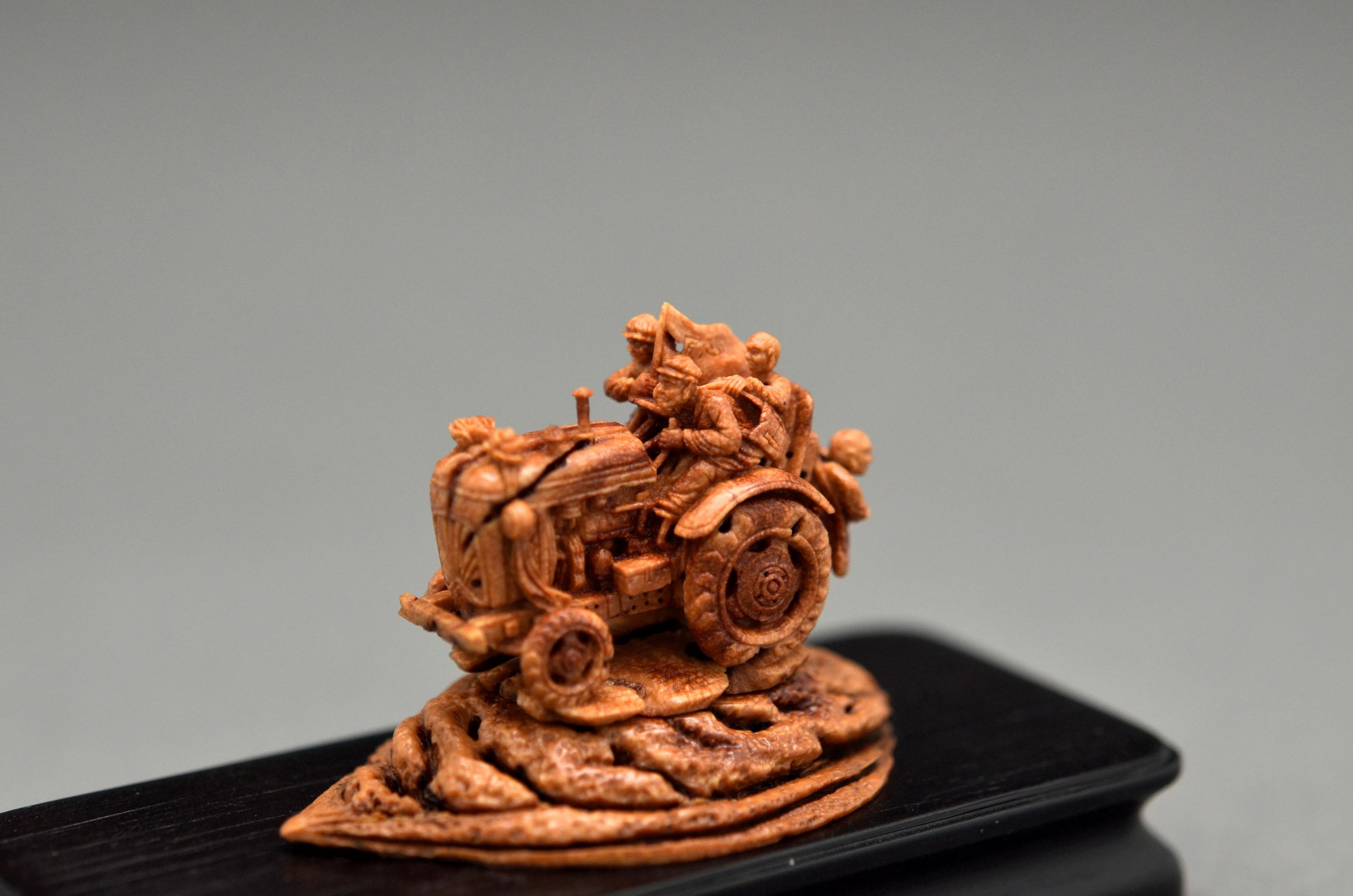 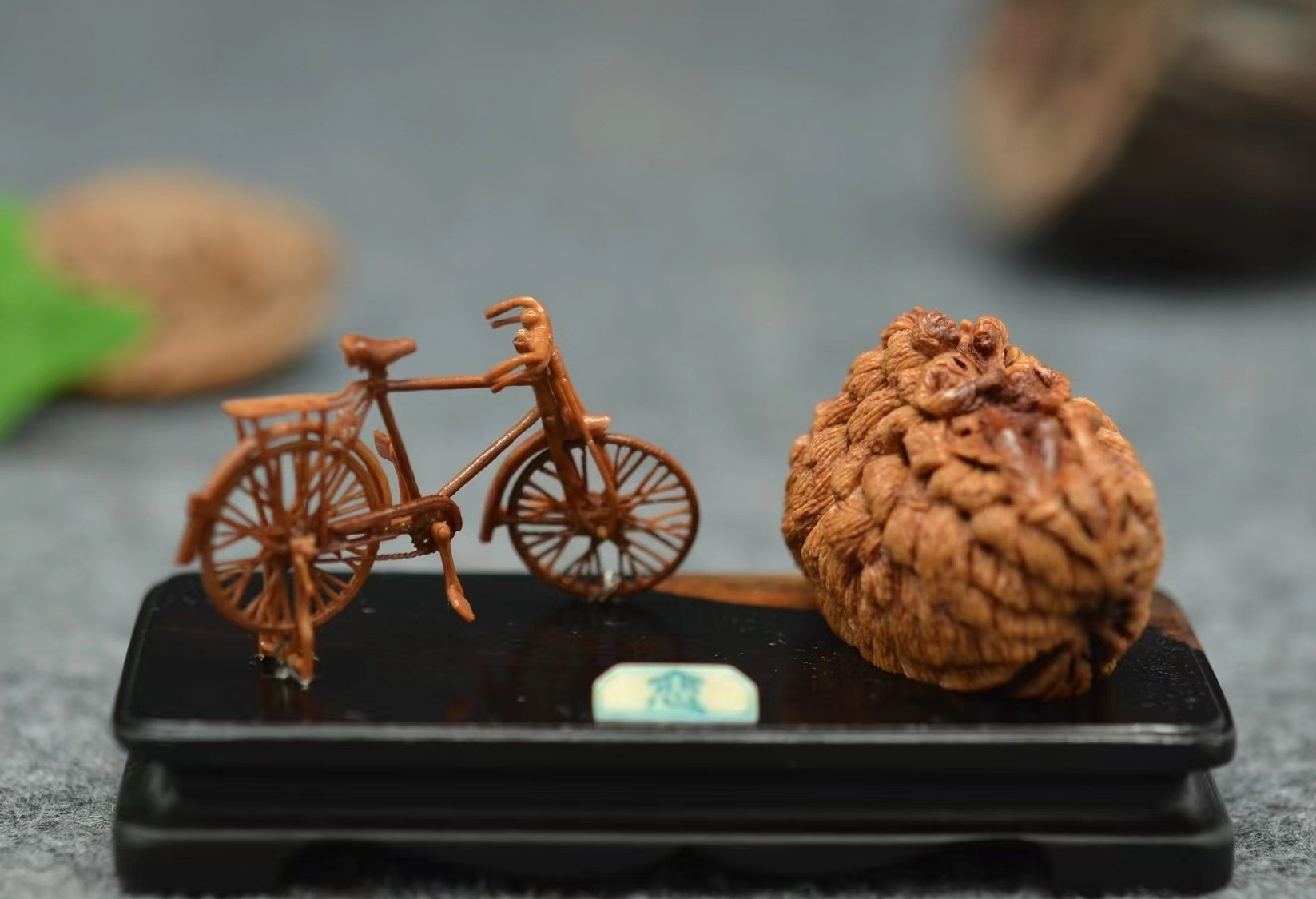 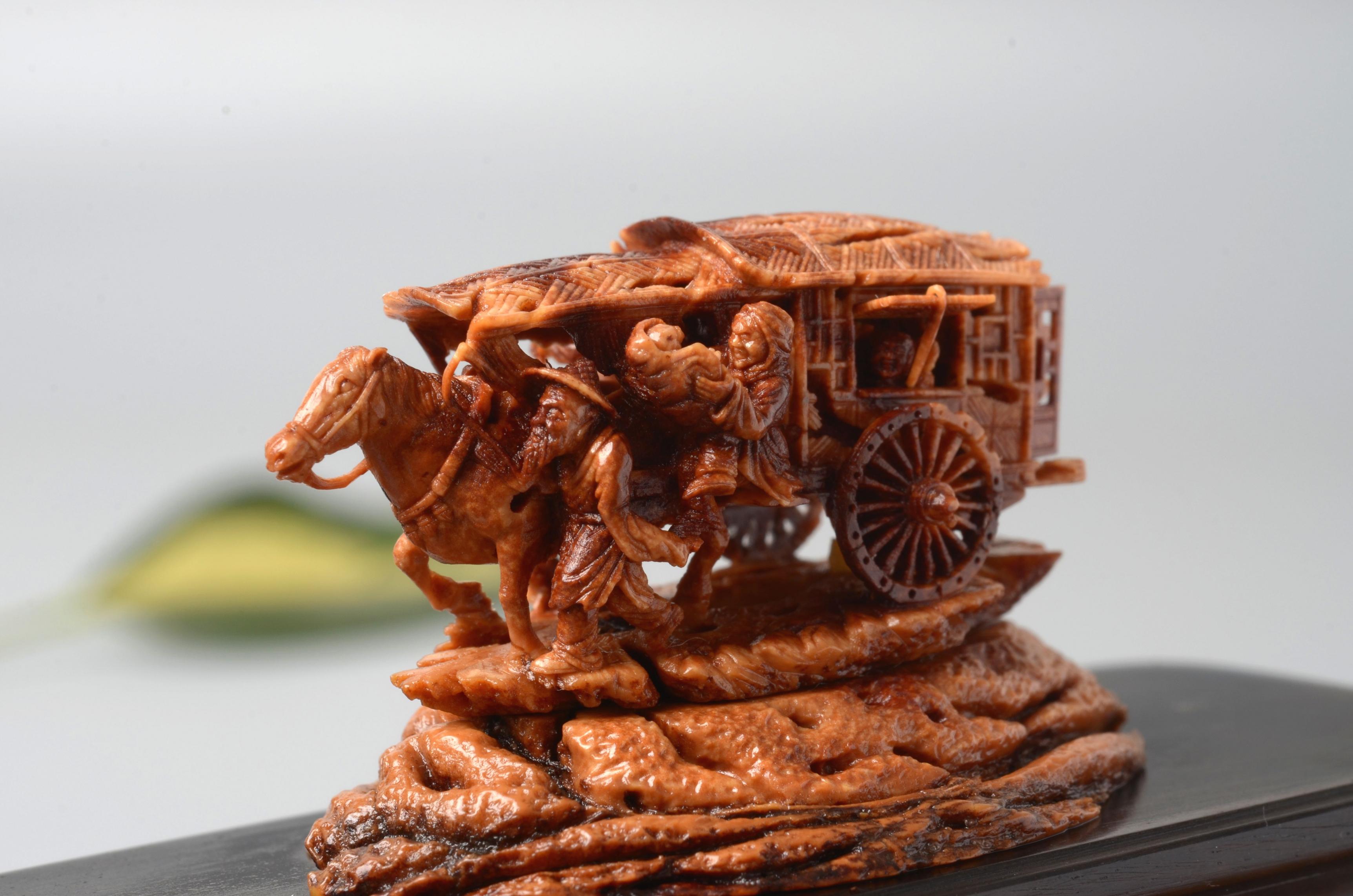 (Some pictures are provided by interviewees)